The reduction of flooding in the City of Opa-locka has been a focus of the Mayor and Commissioners.  There is an immediate need to address this problem. The stormwater master plan initiative is comprised of an organized approach to identify problem areas and implement targeted infrastructure improvements and best management practices to alleviate flooding conditions.

The City of Opa-locka’s stormwater system consists of a system of canals, swales, storm sewers and exfiltration systems.  These facilities in many instances are aged, under-sized, damaged and non-functional to meet current and future levels of 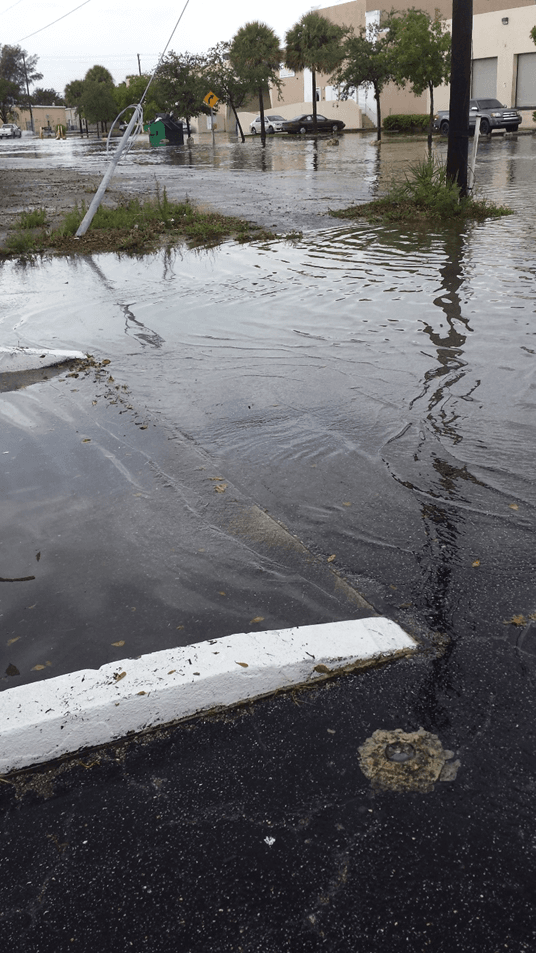 service. The existing stormwater system consists of a number of independently built facilities rather than an integrated network and do not provide the interdependency required of an efficient and functional stormwater management system.

The lack of a proper functioning stormwater management system is evidenced in the persistent and significant flooding that occurs during periods of light to moderate rainfall events. The roadways within the commercial and industrial areas of the city experience the highest levels of flooding incidents which has further resulted in the roadway pavement structure being compromised by the stormwater accumulation and exacerbated by the heavy traffic loads .

The city’s leadership commenced efforts in September 2020 to develop a Citywide Stormwater Master Plan (SWMP) and Capital Improvement Plan (CIP).  These combined goals will address the persistent and perennial flooding that has impacted the residents and businesses in the city for several years.

The Stormwater Master Plan is intended to provide a decision-making tool that facilitates the design of improvements and management of the stormwater infrastructure to provide the adequate level of service to residents and properties within the City. The SWMP will feed into a Capital Improvement Program that the City may adopt and use as a guide to implement infrastructure needs and improvements based on an analysis of current and projected funding sources.

The city intends to embark on the construction of the infrastructure improvements that are derived from the Master Plan and subsequent engineering designs.  The master plan effort is intended to be an open process where the feedback and concerns of residents and commercial property owners/tenants are solicited and incorporated into the problem solving action plans.  For additional facts on this project please review the FAQ's.

The City is requesting input from the community via the Flooding Notification Form to gather feedback on existing issues.

The SWMP and CIP Plan are expected to be completed by the first quarter of 2021.